Not all women are in heaven after giving birth. After a difficult delivery, the chance of psychological complaints is even greater.

The treatment concept of Psyche en Zwangerschap focuses on clients with mild to moderate psychological complaints. For example, recently given women who visit a psychologist from Psyche and Pregnancy have problems or questions in the field of:

A 30 year-old woman was referred by the midwife two weeks after the birth. She was suffering from the idea that she could drop her child and did not dare to be left alone at home with her daughter. There was no history of psychiatric problems and no restrictions in her ability to function. After having been treated for her obsessive thinking, in her second appointment she reports that she no longer suffers from the fear that she might drop her child. And the case is closed. 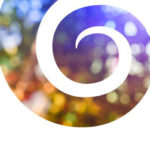